Do you know much about 1950s and 60s gay rights movement? Join us for a class on the 1960s Homophile Movement and the Origins of Pride with Dr. Eric Cervini on August 19!

With instructor Dr. Eric Cervini, we are offering an informative presentation and discussion about the homophile movement of the 1960s, and how it was influenced by and borrowed from the Black Freedom movement.

Dr. Cervini’s first book, The Deviant’s War: The Homosexual Vs. The United States of America, was released in June 2020 and debuted on the New York Times’ Best Sellers List for Nonfiction, the first LGBTQ history book to appear on the list in 27 years. Based on firsthand accounts, recently declassified FBI records, and forty thousand personal documents, The Deviant’s War unfolds over the course of the 1960s, as the Mattachine Society of Washington, the group Kameny founded, became the first organization to protest the systematic persecution of gay federal employees. It traces the forgotten ties that bound gay rights to the Black Freedom Movement, the New Left, lesbian activism, and trans resistance. Above all, it is a story of America (and Washington) at a cultural and sexual crossroads; of shocking, byzantine public battles with Congress; of FBI informants; murder; betrayal; sex; love; and ultimately victory. 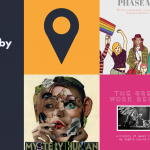 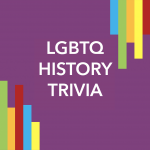