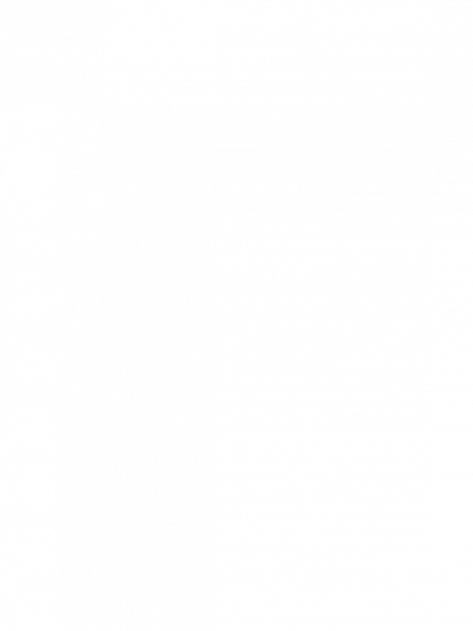 Able Together and the Archive: Gay Men with Disabilities, Intimacy, and Community Building

This article is authored by John A. Carranza, from the 2019-20 cohort of the LGBTQ Research Fellowship program at the ONE Archives Foundation.

My dissertation examines the production of informal sex education for Americans with disabilities from the 1960s to the 1990s. Centering the project within this time frame is significant because Americans of different stripes evaluated and challenged “traditional” notions of sexuality. On its own, the notion that people with any number of congenital or acquired disabilities desired sex was confounding to able-bodied people. Nevertheless, movements that included disability rights, gay liberation, and women’s liberation helped to shift perceptions of sex with their varied and intersecting focus on the body, sexuality, and citizenship.

ONE Archives at the USC Libraries hold a number of collections and subject files useful for my study on disability and sexuality. Combing through these materials it became apparent that disability found a place in the gay and women’s liberation movements. This archival evidence indicates that gay men and lesbians, feminists, and the intersections of both movements made efforts to include people with disabilities when prodded. The Southern California Rainbow Society of the Deaf Records and the subject files labeled “People with Disabilities” and “Blind” are just a few examples of how the gay and lesbian movement intersected with disability rights and merit further study.

Of the documents that I reviewed, a handful of issues of the publication Able Together: A Forum for Men With and Without Disabilities showed how gay men with disabilities reaffirmed their identities and attempted to make connections through print media. Able Together’s circulation persisted throughout the mid-1990s, while the internet was in its nascency, and provided a quicker way for men with access to the technology to stay in touch. Blaine Waterman, contributing editor, even noted in the Spring 1996 issue that the internet provided a place where gay men with disabilities would not experience any “issues” and where privacy was ensured regarding their sexuality.

The personals section of Able Together yields insight about what gay men with disabilities looked for in potential partners. The men who wrote in were not limited by race or ethnicity and no single disability unified them beyond mostly physical impairment. Paraplegia, cerebral palsy, multiple sclerosis, and muscular dystrophy were just a few of the disabilities that some men disclosed in their personals ads. Disclosure was only a minor aspect of the ads in Able Together. Instead of focusing on the limitations of their body, the men who wrote seeking other men emphasized the different activities that they enjoyed such as: going to movies or the theatre, outdoor activities, and reading. Able-bodied men used the ads section to meet men with disabilities, which they sometimes specified. For example, one man from Pennsylvania wrote, “Have positive, sincere, lifelong interest in men with disabilities, particularly survivors of sci, polio, spina bifida, and if you gait on crutches some of the time.” This man posited two reasons for his interest: their athletic torsos or the fact that society had overlooked them. After having dated some men with disabilities, this man wanted to foster a relationship with someone in a sensitive and nurturing environment. This is indicative of all the personals ads that were published in the handful of Able Together magazines held at ONE.

While not sex education, per se, sources such as Able Together show that gay men with disabilities had the same desires as their able-bodied counterparts when much of society believed that disability precluded intimacy. Gay men with disabilities and able-bodied men created a community through the use of technologies such as print and the internet and attempted to make connections. These sources were found with the help of the knowledgeable staff, and used in conjunction with other collections and subject files at ONE Archives at the USC Libraries have helped to bring my research into focus.

All images: Able Together: A Forum for Men With and Without Disabilities, Fall 1996, various pages. San Francisco, CA. ONE Periodicals Collections, ONE Archives at the USC Libraries.

John A. Carranza is a fourth year graduate student in the Department of History at the University of Texas at Austin. His field of study is the history of science and medicine, and his dissertation “Explaining Sex: Sex Education and Disability in the United States from the 1960s to the 1990s” is concerned with how knowledge about sexuality was constructed and conveyed to people with disabilities. John’s interest in disability history as a field of study originated with over ten years of working with people with intellectual/developmental disabilities. John has contributed to UT’s award-winning public history website, Not Even Past, and has been a regular contributor to Synapsis, an online health humanities journal, since its founding in 2017. 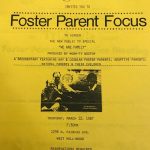 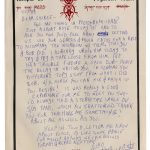 Rated RX: Sheree Rose with and after Bob Flanagan2018-19 fellows, From the Reading Room