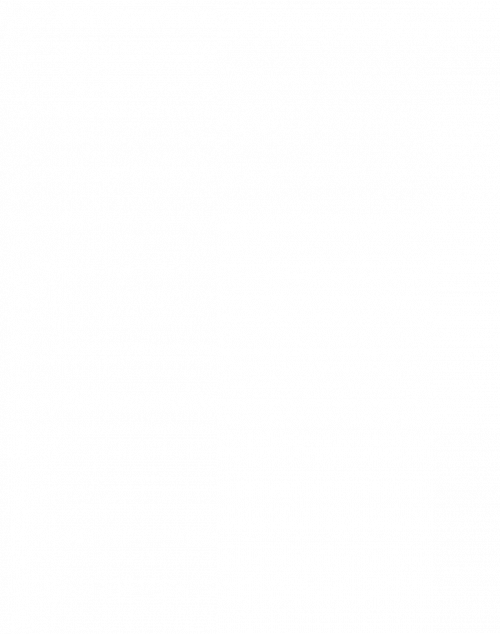 Angels of the Epidemic: An Oral History of Asian & Pacific Islander AIDS Activism in Los Angeles

This article is authored by Eric Wat, from the 2018-19 cohort of the LGBTQ Research Fellowship program at the ONE Archives Foundation.

About twenty years ago, I wrote a book on the formation of the gay Asian community in Los Angeles, an oral history that was based on my master’s thesis. The timeline at the advent of the AIDS epidemic in the early eighties. I chose that milestone to end my book because I knew AIDS would change drastically what it would mean to be a gay Asian man (as it had for the broader LGBT community). And frankly, I was in a hurry to finish my thesis. There was another personal reason. I came of age sexually during the AIDS crisis, as a teenager during the eighties. My early political work was tied to the AIDS movement, as a volunteer outreach worker. A lot of AIDS activists in the Asian & Pacific Islander (API) community in Los Angeles were friends, or at least acquaintances.  In the late nineties, AIDS was just too close to me as an academic topic.

People tell me that the difference between your forties and your twenties is that, in your forties, you could do whatever the frack you want. So twenty years later, I’m taking up this important history of AIDS movement in the API community. This time, I’m calling it a community memoir, focusing on the storytelling, and tell on theorizing and academic field-building. My audience is my community, not a small committee of faculty members. It’s immensely liberating.

In the early years of epidemic, API AIDS activists had to fight against invisibility in the mainstream gay community (and racism, when they made themselves visible) and denial at home, in the broader API community. To raise awareness about then terrifying disease – when was the last time an epidemic incurred as much fear to earn the label “plague”? – these activists had to talk about sex (gay sex, at that) with an immigrant community that was supposedly adverse to its discussion. There was no blueprint, but that meant there were few limits. And they chose to fight death with courage, humor, creativity, and a lot of sexiness.

And to honor them, that is how I want to write this history.

It doesn’t mean the work is not going to be rigorous. In fact, not hiding behind the stilted academic language means that I have to demonstrate this rigor in a richer storytelling. That’s what the archival research at the ONE Institute has helped me do. In its collection, I found meeting minutes that many community organizations don’t have the foresight or the capacity to keep. I uncovered yellowed newspaper clippings that illustrate the paranoia at the time. For instance, as late as 1991, about a decade into the epidemic, the LA City Council considered (but ultimately voted down) a plan to test restaurant workers for HIV. A superior court judge decided that the risk of AIDS exposure, as unlikely as it was, was enough to justify refusing services to customers. Doctors from the American Heart Association had to convince people that it was safe to take CPR classes without worrying of catching the virus by practicing mouth-to-mouth resuscitation on shared mannequins. Women in Beverly Hills were advising each other to stop kissing their hairdressers. First world problems.

Because I’m interviewing people three decades after their activism, ONE Archives is tremendously helpful in fleshing out those parts of the stories where memories are just skeletons. J. Craig Fong told me he, a Chinese American civil rights lawyer, had to use his broken Spanish to keep undocumented immigrants with HIV from being deported.  And sure enough, I found his testimony to the HIV Commission about this very same topic in my research at ONE, but in more detail. Because AIDS prevention messages were so graphic – one way the epidemic transformed public health – the visual materials I found in the collection would be a huge part of this storytelling.  A picture is going to save me a thousand words.

Epidemiological data, correspondences that bared grievances and concerns that you don’t see in official documents, old reports that only live in dusty boxes or forgotten book shelves, so forth, so forth. More than once encountering a real find, I exclaimed quietly (so I didn’t disturb the others in the room), where did they find this stuff, and where did they find the time to catalog this! The Archives turns an introverted researcher into an adventurous sleuth. I wouldn’t be able to piece this community memoir together without it.

Top image: An AAPI safer sex advertisement from the AIDS History Project Collection, ONE Archives at the USC Libraries. 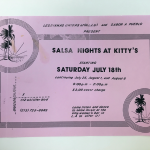 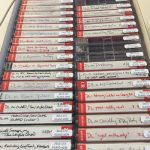 To Cure a Sinful Nation: “Conversion Therapy” and the Making of Modern America, 1920 to Today2018-19 fellows, From the Reading Room