August 17, 2022 – Hand in Hand with traci kato-kiriyama and Imani Tolliver

Join us for an evening of poetry and conversation with authors traci kato-kiriyama and Imani Tolliver.

Hand in Hand will feature readings from new works by traci kato-kiriyama and Imani Tolliver, followed by an exchange between the two authors exploring themes such as intimacy, solidarity, and resonance over their creative practices. Together, traci and Imani will read from their most recent published works. This event brings together two award-winning artists, poets, and friends.

This event is a public program associated with the 2022 Queer Biennial, dedicated to the memory of bell hooks.

This event is free with a suggested donation of $10. Your donation supports programming organized by ONE Archives Foundation such as this event. 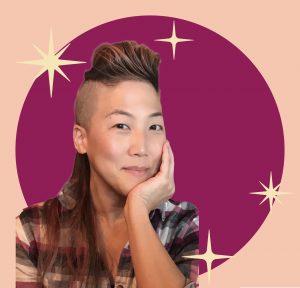 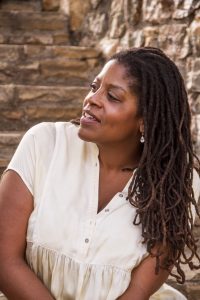 Imani Tolliver (she/her) is an award-winning poet, artist, educator, and producer. She is the author of Runaway: A Memoir in Verse, available from World Stage Press, Amazon, and the Los Angeles Public Library. She is a graduate of Howard University, where she received the John J. Wright Literary Award, served as Poet Laureate for the Watts Towers Arts Center, and was awarded literary fellowships from the Cave Canem Foundation, the Lannan Foundation, and George Washington University. Imani received a Certificate of Congressional Recognition by the U.S. House of Representatives for her work as the Cultural & Fine Arts Supervisor for the City of Buena Park and a Certificate of Recognition by the City of Los Angeles for her work as a promoter, host, and publicist in support of the literary arts in Southern California. Rooted in social justice, Imani has curated and produced a wide portfolio of arts and cultural programming that celebrates, reflects, and amplifies the voices of diverse communities. These programs have included art festivals, poetry readings, concerts, community theater, youth theater, and special events for large municipalities in Southern California.