Get your tickets today!

Join this virtual performance featuring George Takei and an esteemed group of performers on June 20.

This virtual performance of Dear ONE: Love & Longing in Mid-Century Queer America, by Josh Irving Gershick, will feature George Takei and actors Michelle C. Bonilla, Nicky Endres, JP Karliak, and Doug Spearman, followed by a discussion with the playwright.

Dear ONE illuminates the lives of ordinary Queer Americans as recounted through letters written between 1953 and 1965, to L.A.’s ONE Magazine, the first openly gay & lesbian periodical in the United States. Looking for love, friendship or understanding, they wrote of loneliness and longing, of joy and fulfillment, and of their daily lives, hidden from history. Adapted from material from the ONE National Gay & Lesbian Archives at the USC Libraries, the largest repository of LGBTQ materials in the world.

Presented with support of an arts grant from the City of West Hollywood as part of the City’s One City One Pride LGBTQ Arts Festival (May 22 – June 30). More info at www.weho.org/pride or @WeHoArts.

George Takei is a social justice activist, social media superstar, Grammy-nominated recording artist, New York Times bestselling author, and pioneering actor whose career has spanned six decades. He has appeared in more than 40 feature films and hundreds of television roles, most famously as Hikaru Sulu in Star Trek, and he has used his success as a platform to fight for social justice, LGBTQ+ rights, and marriage equality. His advocacy is personal: during World War II, Takei spent his childhood in United States internment camps along with 120,000 other Japanese Americans.

He now serves as Chairman Emeritus and a member of the Japanese American National Museum’s Board of Trustees, and a member of the US-Japan Bridging Foundation Board of Directors. Takei served on the board of the Japan-United States Friendship Commission under President Bill Clinton, and, in 2004, was conferred with the Gold Rays with Rosette of the Order of the Rising Sun by the Emperor of Japan for his contribution to US-Japan relations.

Mx. Nicky Endres is a non-binary transfeminine, genderqueer actor and martial artist who worships Xena: Warrior Princess and does their own hair. Catch them recurring on Netflix’s season 3 of ‘One Day at a Time.’

On television, Doug starred as Professor Chance Counter in the groundbreaking series Noah’s Arc on LOGO and the feature film continuing the TV show’s story, Noah’s Arc: Jumping the Broom.

In 2006, Spearman created a television and film development and production company called The Ogden Group Entertainment. That year he also produced and directed his first documentary, “Aretha”, on the life of the Queen of Soul, Aretha Franklin, which aired in January 2007. In 2009, the Directors Guild of America commissioned Doug to write a film entitled Pirates 3.0. The film was produced by Randal Kleiser and directed by Jeremy Kagan and shot entirely on the Warner Brothers lot.

Spearman has been honored with many awards, including a Leadership Award from the Human Rights Campaign, presented before the United States Senate; the Connie Norman Award from C.S.W. for outstanding achievement in fostering racial, ethnic, religious and gender unity within the LGBT community; The Advocacy Award from the United Teachers Association; and an Image Award from the Jordan Rustin Coalition in Los Angeles.

Michelle C. Bonilla is proud to be participating in this virtual reading with this incredible cast, celebrating the voices that were brave enough to reach out and share their thoughts with ONE, so many years ago.

Along with her 27-year career in film and television, with more than 160 credits to her name, Ms. Bonilla is an avid supporter of LGBTQ rights and advocacy. She has used her skills as a writer and producer to create projects such as her award winning short film Slip Away about substance abuse and its effect on a lesbian Latina relationship. By dealing with the very real social and domestic issues of alcoholism and drug abuse, the film empowered gay Latinas to choose themselves over living in situations that too often take away their self-worth and esteem. She is currently in pre-production on another short film she has written which will mark her directorial debut.

Michelle can currently be seen, in many a streaming capacity, in the film CLEMENCY, starring Alfre Woodard, which won the 2019 Grand Jury Prize at Sundance. Her most recent television appearances include Guest Star roles on NCIS: New Orleans, Criminal Minds, and a recurring arc on General Hospital. You can also hear her on the new hit, 2020 Emmy Nominated, Nickelodeon animated television series, THE CASAGRANDES, voicing the character of Mrs. Flores. No stranger to the videogame world, you can hear her voicing many characters, in such games as The Last of Us: Part II, Pixel Ripped 1995, and many more.

Voiceover actor, writer, and snappy dresser, JP is the voice of Boss Baby in “The Boss Baby: Back in Business” and has played such iconic characters as the Tin Man, Wile E. Coyote, Willy Wonka, and a slew of Marvel heroes and villains including Loki, the Vision, Hawkeye, Wiccan, and even Black Cat. Other animation credits include “Lego City Adventures,” “Costume Quest,” “Stinky & Dirty,” “Trolls: The Beat Goes On,” and “Star vs. The Forces of Evil,” as well as a neurotic dog at the vet in “Secret Life of Pets 2” and Batgirl’s gay BFF in “Batman: The Killing Joke.” Among JP’s anime characters are Kozo Fuyutsuki in the Netflix dub of “Neon Genesis Evangelion” and Man with Scar in “Millennium Actress.” On the interactive side, his credits include Rex Dangervest in “The Lego Movie 2 Videogame” and Wolfgang in the Skylanders series as well as voices for “Red Dead Redemption II,” “Kingdom Hearts III,” and “Lego DC Super-Villains.”

JP has written numerous short films and plays produced in locales around the United States, including his autobiographical solo show, “Donna/Madonna,” which garnered awards at the United Solo, New York International Fringe and San Francisco Fringe Festivals. As a member of and advocate for the LGBTQ+ community, JP served as the director of the USC Lambda LGBT Alumni Association for six years, during which he created the Don Thompson LGBT Film Festival showcasing queer filmmakers and produced the “Out to Innovate” LGBT STEM conference. Since his time at USC, he continues to promote queer visibility in media, moderating panels featuring Jonathan Van Ness and Karamo Brown of “Queer Eye,” and Alexandra Billings of “Transparent,” and appearing on diversity panels at comic cons. JP is a co-founder of the non-partisan organization NerdsVote, linking cosplayers, gamers, pop culture fans, and nerds of all kinds to voter registration opportunities. Hailing from the “Electric City,” Scranton, PA, he can usually be found wherever the newest pie and/or ice cream shop has opened up. 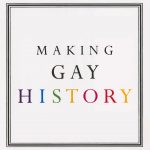 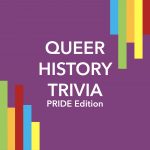