Find location, hours, and parking information for ONE Archives here.

If Queer Theory now “has a history,” as many have begun to argue in recent years, that history is not limited to the US context. It was also big in 1990s Japan, when key works by Eve Sedgwick, Judith Butler, Leo Bersani, Gayle Rubin, David Halperin, and others were translated into Japanese more quickly than into any other language, sparking collaborations and joint actions between scholars and AIDS activists in both countries. J. Keith Vincent played a part in this process, working as an interpreter and translator with the Japanese AIDS activist group “OCCUR,” and co-authoring, with Kawaguchi Kazuya and Kazama Takashi, the first book of “Gay Studies” in Japanese (Gei Sutadiizu, 1997).  In this talk, Vincent reflects on these experiences, and on the 1990s as a terrifying time for gay men and others at risk of HIV infection, but also a time when “theorizing” and “translation” felt like life-saving actions.  How do the memories of those years continue to reverberate in the field today? And what might a better reckoning with the history of queer theorizing and translation in 1990s Japan have to offer us in the US now, when the political efficacy of scholarship is under unprecedented threat?

This event is organized by the USC Shinso Ito Center for Japanese Religions and Culture and co-presented with ONE Archives at the USC Libraries.

J. Keith Vincent (Boston University) is Chair of World Languages & Literatures at Boston University. He is the author of Two-Timing Modernity: Homosocial Narrative in Modern Japanese Fiction (Harvard Asia Center, 2012). Recent essays include “Takemura Kazuko: On Friendship and The Queering of American and Japanese Studies” in Rethinking Japanese Feminism (Hawaii UP, 2017) and “Queer Reading in Japanese Literature,” in the Routledge Handbook of Modern Japanese Literature (2016). Together with Alan Tansman and Reiko Abe Auestad, he is currently co-editing two collections of essays on the novelist Natsume Sōseki. He is writing a book on the queer literary friendship between Sōseki and the haiku poet Masaoka Shiki. 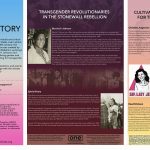 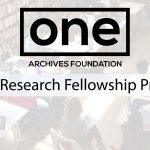