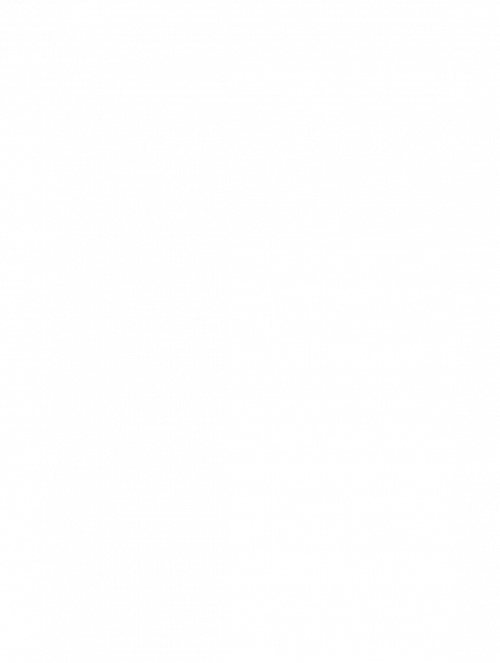 LGBTQ Youth Organizing from 1965 to 1995 in the United States

This article is authored by Eric Denby, from the 2019-20 cohort of the LGBTQ Research Fellowship program at the ONE Archives Foundation.

One of the most understudied aspects of recent LGBTQ history is the impact and importance of youth organizing.  From Gay Youth in New York to San Francisco’s Vanguard, there are numerous examples of lesbian and gay youth activism; however, most of the existing scholarship focuses on college groups, organizations affiliated with other liberation or radical movements, and national organizations like the Gay Liberation Front, all of whom typically denied access to youth for fear of being labeled sexual predators or the common thought that sexual adolescent behavior was still inchoate.  However, none of the existing scholarship adequately centers lesbian and gay youth within the larger narrative of LGBT rights.  Instead, treating these youth as either secondary actors in the overall struggle or ignored their contributions entirely.

My dissertation seeks to remedy this gap by exploring gay and lesbian youth groups between 1965 and 1985, roughly from the height of homophile organizations through the peak of the HIV/AIDS epidemic.  I am interested in how LGBT youth were excluded from the larger emergent gay and lesbian social movements of the post-World War II era and how they created their own spaces, chosen families, and organizations to combat disenfranchisement from their schools, government, and communities. ONE Archives at the USC Libraries is integral to uncovering the silent voices of LGBTQ youth in post-World War II United States.  While many collections are useful for my research, I focused on two main themes within the available papers:  youth led efforts to navigate a hostile society and those all-important community center, school programs, and other services provided by the community and/or government institutions.  The Project 10 Collection is one such example.  Founded in 1986 by Dr. Virginia Uribe, Project 10 was an intervention program aimed at providing counseling for LGBTQ youth in the Los Angeles Unified School District.  The collection highlights include foundational documents to understanding the organization and objectives of the program as well as media reaction to its existence.

Another key discovery were the papers related to Gay Youth of Los Angeles.  Shortly after the Stonewall Rebellion and the creation of the Gay Activists Alliance in New York, a splinter “caucus” of gay youth was formed.  This organization – Gay Youth of New York – began a concerted and sustained effort to aid other youths across the nation in creating their own advocacy groups.  This collection not only provides an insight into Gay Youth LA, but also how they interacted with other youth groups across the states.

Other collections highlighted themes regarding age of consent issues, the reaction of communities to gay youth, and the plight of LGBT youth homelessness.

Eric Denby is Ph.D. candidate at the University of Illinois – Urbana/Champaign with a focus on 20th century LGBTQ Youth rights. His masters thesis (completed in May of 2015 at Western Michigan University) is titled “Fighting for Inclusion: The Origins of Gay Liberation at the University of Michigan,” which explores the ways in which a gay and lesbian community sought to create institutional acceptance in the early 1970s.

Eric is interested in how LGBTQ youth have constructed identities and navigated queer spaces in response to oppression, repression, and marginalization, and the acts of resistance that they actively engaged in, both individually and collectively.  His upcoming dissertation will explore the activism and resistance of LGBTQ high school students during the post-World War II period, with an emphasis on the various ways they were excluded from social, cultural, and political spaces.

Prior to pursuing his college education, Eric held a variety of positions in marketing, communications, public relations, and sales. The majority of his career was spent in the music industry, mainly as an in-house talent buyer for national and regional entertainment. 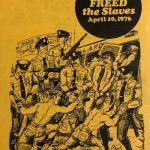 Immoral Panics: Black Queer Aesthetics and the Construction of Risk2019-20 fellows, From the Reading Room 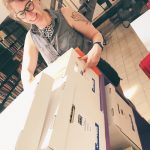