Join the artists and curators of Liberate the Bar! Queer Nightlife, Activism and Spacemaking in the ONE Gallery as they discuss the intersections between queer nightlife and contemporary art in Los Angeles. Learn more about the artists below.

This special gallery talk series is organized in conjunction with the exhibition Liberate the Bar! Queer Nightlife, Activism, and Spacemaking on view through October 20, 2019 at ONE Gallery, West Hollywood.The exhibition is guest curated by Paulina Lara and Joseph Valencia and features works by Angélica Becerra, Edxi Betts, Rafa Esparza and Gabriela Ruiz, Sebastian Hernandez, Dulce Soledad Ibarra, and Judy Ornelas Sisneros, among others. To learn more about this exhibition, please click here. 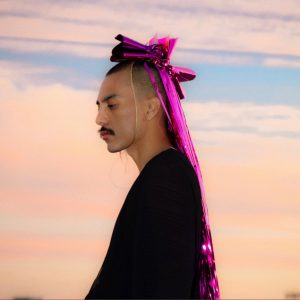 Sebastian Hernandez is an LA native and multi-disciplinary artist who received a B.A. in both Art Practice and Dance and Performance Studies from the University of California Berkeley in 2016. They make art that ranges from drawings to paintings and performance artworks. Hernandez employs a feminist theoretical analysis, queer theory, brownness and notions of collectivity as modes of thinking and generating works that shift and complicate Mexican and Chicano narratives in the contemporaneous social imagination. Their art making is influenced by an embedded connection to their indigenous Aztec/Mexica heritage and the history of the brown body in relation to the U.S.-Mexico borderland. Sebastian’s movement-based practice is informed by their long-standing practice of danza Azteca, Vogue and the more recent wide range of modern dance techniques they acquired at Cal. Sebastian’s work inherently challenges traditional notions of space as they deal with their work’s interdisciplinary nature within both art and dance contexts. 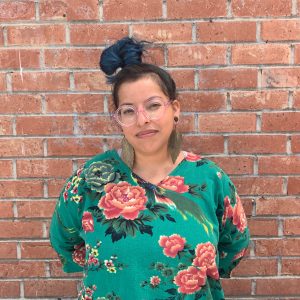 Dulce Soledad Ibarra is a multi-disciplinary artist, curator, designer, and non-profit arts advocate with special interests in community and identity-emphasized arts and opportunity. As a practicing artist, Ibarra discusses issues of generational guilt, intersecting communities, language, and cultural identities in videos, installations, performances, and participatory work. Looking through queer Brown/Latinx/Xicanx perspective, the work is fueled by emotional labor, persynal research, and analyzation. Ibarra is a graduate student in the MFA program at the USC Roski School of Art and Design and holds a BFA from California State University, Long Beach. 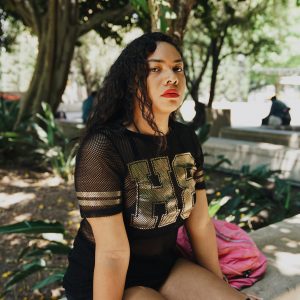 She is also a creator of zines and a published writer in the upcoming anthology Love WITH Accountability: Digging Up the Roots of Child Sexual Abuse, a collection of Black Diasporic writings by Black child sexual abuse survivors and advocates exploring transformative means of healing and accountability. 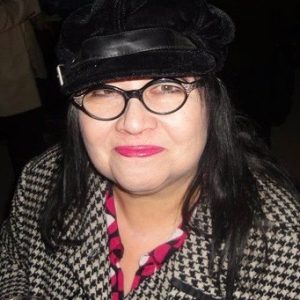 Judy Ornelas Sisneros is an artist, activist, native Californian, and resident of Los Angeles since 1988. A former member of Queer Nation Los Angeles, Sisneros’ activism included participation in several AB101 protests of fall 1991 as well as participation in the Hollywood Homophobia Committee, a group whose mission was to fight negative and stereotypical representations of the LGBT community in Hollywood movies. This committee’s efforts resulted in a massive protest outside of the 1992 Academy Awards which generated national and international press coverage and can be credited with helping to inspire more efforts for balanced queer representation in film. Sisneros was also part of the women’s caucus for AIDS Coalition to Unleash Power (ACT UP), helping organize the 1993 National Dyke March in Washington, D.C., which saw an excess of 40,000 participants. In 1994, she co-founded the Los Angeles Dyke March and continued participating in the organizing committee until 1999. She is a current board member of Tongues, the Latina lesbian arts organization, and participated in the group’s 2006 trip to Marcha Lesbica in Mexico City. Today she practices her activism via documentary photography, preferring to shoot queer underground nightlife, artists, scenesters, activists, and their friends.

Image (top): Installation view, ​Liberate the Bar! Queer Nightlife, Activism, and Spacemaking​, June 28, 2019 – October 20, 2019 at ONE Gallery, West Hollywood, photo by Monica Orozco. All other images courtesy of the artists. 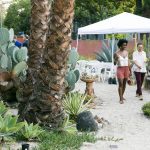 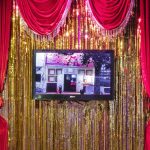