While at the height of the AIDS crisis in the 1980s and 1990s widespread public perception linked AIDS to gay men and intravenous drug users, Lost & Found reveals how activists sought to educate and empower varying publics about the pervasive epidemic. Rather than stigmatize sexuality, these educational projects often went hand-in-hand with sex positive practices. Utilizing novel and accessible forms, Lost & Found shows how the dissemination of information sought to cross cultural, economic, linguistic, and class divisions. While the majority of materials were produced in the 1980s and 1990s, the exhibition also connects these histories to the ongoing AIDS crisis through contemporary artists and activist projects.

Lost & Found: Safer Sex Activism is co-curated by David Evans Frantz, curator at ONE National Gay & Lesbian Archives at the USC Libraries, and independent curator Hannah Grossman, with support from exhibition consultant Neal Baer, M.D. Lost & Found is organized by the ONE Archives Foundation, Inc. Generous support is provided by the Herb Ritts Foundation, The Calamus Foundation of New York, Inc. and the City of West Hollywood.

About the ONE Archives Foundation, Inc: The ONE Archives Foundation, Inc. is an independent 501(c)(3) dedicated to telling the accurate and authentic stories of LGBTQ people, history and culture through public exhibitions, educational projects and trainings, and community outreach programs. Our exhibitions, school programs, and community outreach programs are free. We depend entirely on members of the public and private foundations for support. 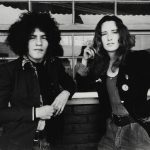 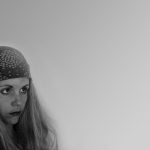 “I Almost Ran Over Liza Minnelli Today”: Colin Campbell and Lisa Steele in L.A., 1976–77Past Exhibitions