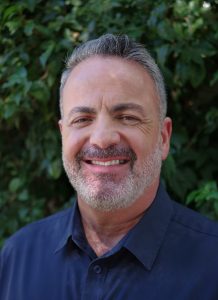 “Tony is admired and loved by the LGBTQ+ nonprofit community,” said Chiedu Egbuniwe, Board Chair of ONE Archives Foundation. “With unparalleled leadership experience, strong relationships, and boundless enthusiasm, Tony is the ideal leader for the organization. We are excited to work with him in our mission to keep queer history visible and to advance our vision of a safe future for all LGBTQ+ people.”

Valenzuela was most recently the Executive Director of the Los Angeles-based nonprofit the Foundation for The AIDS Monument (FAM), which is dedicated to installing a world-class monument in West Hollywood Park to memorialize lost loved ones and educating the public about the historical achievements of HIV/AIDS activist communities. Prior to FAM, he served as the Executive Director of Lambda Literary, the nation’s premier queer literary arts nonprofit, leading the organization for nearly a decade of sustained growth. While at Lambda Literary, Valenzuela founded the LGBTQ+ Writers in Schools program, the first ever queer educational initiative in the K-12 New York City public schools system.

“I’m thrilled to step into the role of Executive Director at ONE Archives Foundation as this storied organization prepares to celebrate its 70th anniversary,” said Tony Valenzuela. “Although our work for social justice is never done, understanding our LGBTQ+ history provides us with inspiration and a roadmap to combat the prejudice and discrimination we continue to face today.”

“As ONE Archives Foundation’s first-ever executive director, Jennifer transformed the organization,” said Chiedu Egbuniwe, Board Chair of ONE Archives Foundation. “Under her guidance, she built a staff, led our first strategic plan, helped triple the size of our board, amplified our online presence, produced groundbreaking exhibitions, and developed a K-12 education program that brought LGBTQ+ history into schools. Jennifer’s strength, intelligence, and tenacity helped sustain the Foundation through the COVID-19 pandemic.”

Valenzuela has been a part of the LGBTQ+ movement since becoming President of his campus queer organization at UC San Diego in 1990. He spent the early part of his career in management roles at the LGBT Center and LGBT VOICES (Voters Organized in Coalition for the Election), both in San Diego, and the Gay and Lesbian Adolescent Social Services in Los Angeles.

For his work as a leading activist and thought leader in HIV/AIDS communities since the 1990s, Tony was named one of the country’s most influential LGBTQ+ leaders in Out Magazine’s annual OUT100 list.

Valenzuela has spent his life immersed in arts communities. He received his undergraduate degree in Literature and Creative Writing from UC San Diego and an MFA in Creative Writing from the California Institute of the Arts. He has published short stories, articles, and essays, and has written and produced a one-man show that toured across the United States.

About ONE Archives Foundation

Founded in 1952, ONE Archives Foundation is the oldest active LGBTQ+ organization in the United States and is dedicated to telling the accurate stories and history of all LGBTQ+ people and their culture. As an independent nonprofit, ONE Archives Foundation promotes ONE Archives at the USC Libraries — the largest repository of LGBTQ+ materials in the world — and provides innovative educational initiatives, public exhibitions, and community programs.

The curatorial and educational choices made by ONE Archives Foundation are guided by our commitment to social equity and justice. We engage with the complexity of LGBTQ+ history and representation through highlighting the intersectional and authentic narratives of Black, Indigenous, people of color (BIPOC), women, gender-nonconforming and transgender people, people of various abilities, youth, and elders across all socio-economic classes. Learn more at onearchives.org, and connect with ONE on Facebook, Twitter, and Instagram @onearchives.

A PDF of this Press Release can be dowloaded here.