David Farneth is devoted to fostering creative expression and new knowledge through the use of archival collections. He has built and led library and archives programs in the performing and visual arts for private foundations including the Dia Art Foundation (New York), the Kurt Weill Foundation for Music (New York), and the Getty Research Institute (Los Angeles). His areas of expertise include the administration of nonprofit cultural institutions, archives administration, intellectual property, and expanding research access through digitization.

While living in New York City from 1980 – 2001, David worked to preserve and promote the legacies of artists including La Monte Young (composer), Marian Zazeela (calligrapher and light artist), Pandit Pran Nath (North Indian vocalist and composer), Kurt Weill (composer) and Lottie Lenya (singer and actress). In addition to building archival repositories devoted to these artists and managing foundations dedicated to their work, David oversaw publication and grant programs, curated numerous exhibitions in the U.S. and Europe, supervised a range of musical performances in the U.S. and abroad, and produced symposia, recordings, and concerts.

In the 1980s David attended some of the first ACT-UP meetings in New York and was deeply touched by the AIDS epidemic. His partner, musician and fashion executive Chris Blazakis, died of AIDS in 1993. Chris is known for exposing ways in which Ronald and Nancy Reagan used their positions for personal gain, and his papers are housed at the ONE Archives at the USC Libraries.

Upon moving to Los Angeles in 2001, as Assistant Director of the Getty Research Institute David contributed to strategic development and directed the programs and staff of its world-renowned library and special collections, including activities related to cataloging, preservation, digitization, exhibitions, and collection management. For the J. Paul Getty Trust, David established an Institutional Archives and Records Management program, facilitated disaster planning, directed the Getty Vocabulary Program, and worked on international collaborative projects such as The Getty Research Portal, Pharos, and the Digital Public Library of America.  Some of his favorite LGBTQ-themed collections at the Getty include the Robert Mapplethorpe papers and photographic collection, the Charles Henri Ford papers, the Otto Mühl papers, and numerous rich archives devoted to feminist artists and the feminist movement.

During a tenure as chair of the Rare Books and Special Collections section of the International Federation of Library Associations, David led the group to adopt an expanded mission and co-authored Guidelines for Planning the Digitization of Rare Book and Manuscript Collections, now published in eight languages. He has also published two documentary books compiled from archival resources, written numerous professional articles and reviews, and contributed the article on “Institutional Archives” for the Encyclopedia of Library and Information Sciences.

David has served on numerous national grant evaluation panels and as an advisory board member of the National Digital Stewardship Residency Art program. He has curated exhibitions devoted to music and architecture in New York, Los Angeles, Berlin, and London and given invitational talks on archives management and inter-institutional cooperation at conferences in Austria, Brazil, Germany, India, South Korea, Spain, and the U.S.

In 2017 David and his husband, David Gilbert, relocated from Los Angeles to Tucson where he is active with music performance and volunteering for humanitarian organizations such as Habitat for Humanity and Casa Alitas.  At the University of Arizona he is a volunteer archivist at the Center for Creative Photography and a member of the Fred Fox School of Music Advisory Board. The two Davids met in 1994 and married in Los Angeles in October 2008, during a 5-month period when same-sex marriage was legal in California.  It was banned again on November 5, 2008 with the passage of Proposition 8 and not made legal again until June 27, 2013, with the U.S. Supreme Court decision in Hollingsworth v. Perry. 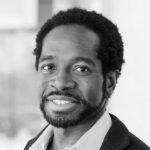 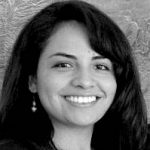