Jeff Soref joined the ONE Archives Foundation, Inc. Board in the fall of 2016. Before permanently moving to Los Angeles with his husband Paul Lombardi in 2015, Jeff was the president of the New York-based consulting firm Soref Associates, Inc.

Among many leadership roles, Jeff is a former member of the Board of Trustees of the Metropolitan Museum of Art, representing the New York City Council. He is also a former member of the Board of Directors of Lincoln Center for the Performing Arts, where he organized the first Gay Pride celebration in the institution’s history. Governor David Paterson appointed Jeff to the New York State Council on the Arts, where he served for two years as the organization’s vice chair. At the request of the New York Public Library, Jeff took the lead in raising money for and helping to organize Becoming Visible: The Legacy of Stonewall, the groundbreaking 1994 exhibit that was the largest and most extensive display of lesbian and gay history mounted up to the time in a museum or gallery space. More than 100,000 people viewed the exhibition.

From 1991 to 1994, Jeff was president of the Board of Directors of the Gay Men’s Health Crisis in New York, the nation’s oldest AIDS services organization. He later served as the co-chair of the Empire State Pride Agenda, New York’s leading LGBTQ political advocacy group. He is a past co-chair of the National Gay and Lesbian Task Force (NGLTF), and was a member of the Democratic National Committee (DNC), its Executive Committee and chair of the LGBTQ Caucus. Jeff holds a B. A. from Brandeis University and M.Sc. in Russian Studies from London School of Economics. 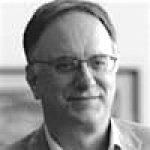