Steve Pepdjonovic is the Director of Marketing & Communications at the American Film Institute, where he has led national campaigns for the organization since 2013. He is responsible for marketing and communications initiatives that build and strengthen AFI’s brand with a primary focus on the digital space. Steve works with all of the programs across AFI, and concentrates on carrying out the institute’s mission, increasing audiences, membership, school applications, partnerships, revenue and fundraising.

He has worked in the nonprofit sector for almost 20 years, having previously held roles at the J. Paul Getty Trust and the Annenberg Foundation, where he managed Marketing & Communications campaigns for all of the foundation’s initiatives, including the Annenberg Space for Photography, explore.org and Annenberg Learner.

Steve is one of the founding co-editors of the LGBTQ news site Queerty, which was awarded Best LGBTQ Blog at the Weblog Awards during its very first year. He joined Towleroad, one of the top LGBTQ sites in the country, as an editor in 2010 where he remained for five years.

Steve’s parents emigrated from the former Yugoslavia (now Montenegro) to Massachusetts, where he was born and raised. He attended Emerson College in Boston and graduated with a Bachelor of Science in Mass Communications degree.

He has proudly served as a board member for The National Lesbian and Gay Journalists Association – Los Angeles and as an elected official on the board of the City of LA’s North Area Neighborhood Development Council, where he served as the Chair of the Marketing & Outreach Committee. Steve is also a former representative of the LGBTQ+ Alliance of Los Angeles Neighborhood Councils.

Steve is passionate about promoting and recognizing LGBTQ history and the incredible members of the community.

He lives in Los Angeles with his husband Joshua and their rescue dog Fletcher. 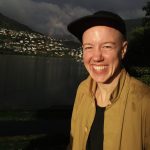 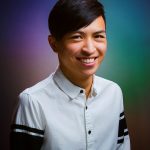