Tony Valenzuela is the Executive Director of ONE Archives Foundation, the longest continuously operating LGBTQ+ organization in the country.

Prior to joining ONE Archives Foundation, Tony was the Executive Director of the Foundation for The AIDS Monument (FAM), a nonprofit dedicated to installing a world class monument in West Hollywood Park to memorialize lost loved ones and educate about the historic achievements of HIV/AIDS activist communities. Before FAM, he served as the Executive Director of Lambda Literary, the nation’s premier queer literary arts nonprofit, leading the organization through years of sustained growth. Among his accomplishments, he founded the LGBTQ Writers in Schools program, the first queer educational initiative in the K-12 New York City public school system.

Tony has been a part of the LGBTQ+ movement since becoming President of his campus queer organization at UC San Diego in 1990. He spent the early part of his career in management roles at the LGBT Center and LGBT VOICES (Voters Organized in Coalition for the Election) in San Diego and GLASS (Gay and Lesbian Adolescent Social Services) in Los Angeles.

A leading activist and thought leader in HIV/AIDS communities since the 1990s, Tony was listed among the OUT100, the country’s most influential LGBTQ leaders, for this work.

Tony has spent his life immersed in arts communities. He received his undergraduate degree in Literature and Creative Writing from UC San Diego, and an MFA in Creative Writing from the California Institute of the Arts. He has published short stories, articles, essays, and has written and produced a one-man show that toured a dozen cities.

Born in Los Angeles but raised in Guadalajara, Mexico and Southern California, Tony and his husband Rob Ferrante live in the West Adams neighborhood of Los Angeles, where they care for a small menagerie of rescue dogs and cats. 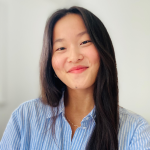