Youspeak Radio Ep. 2- “When We Come Together” – with D’Lo

“Our strength is when we come together.”

D’Lo narrates his artistic path from first finding permission to speak out in hip-hop, to writing and performing poetry, to acting and doing activism in the arts. Moving into solo theater work and learning how to integrate his own story into his performance work, he talks about the importance of working to create space for other QTBIPOC artists to share their own. D’Lo also shares his personal journey of growing up as queer and trans in a South Asian American family.

D’Lo is a queer/transgender Tamil-Sri Lankan-American actor/writer/comic. His acting credits include: LOOKING, TRANSPARENT, SENSE 8, and MR.ROBOT, including a leading role in a ColorCreative & Project Greenlight produced MINIMUM WAGE, and finally his very own web series PRIVATE DICK. He also plays the role of Gio in upcoming feature film DEATH & BOWLING and is in post-production for a buddy comedy short film he wrote featuring D’Lo and Shakina Nayfack called RO & SHIRELLE. He also is working on a scripted series based on his life with Sameer Gardezi’s Break the Room Media (BTR).

In 2020, D’Lo guest starred on NBC’s CONNECTING and also was an actor/writer and producer on another BTR collaboration with Pop Culture Collab on his project called NIMZO.

He is a Senior Civic Media Fellow through USC’s Annenberg Innovation Lab funded via the MacArthur Foundation. His work has been published and/or written about in academic journals, literary anthologies, and print/online journalism sources, such as The Guardian, NBC, CNN and The Advocate. dlocokid.com

My name is Savi Bindaas (They/Them). I’m a 18 years old Enby, trying to make a difference in this world so the world can be a safe place to live. 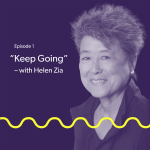 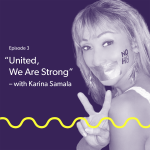